What a time of the year! The weather is lovely, the flowers are blooming and it isn’t boiling hot out yet! It has been really warm however, so to cool down a bit I whipped up a fun Under The Sea Sensory Bin for the little man to play with out on our back deck, incorporating some water play and imaginative play with a fun sensory experience. This is a really easy bin to make, it took maybe 5 minutes to whip up and has provided hours of entertainment so far. I used the small rock/gravel you put on the bottom of fish tanks that we had left over from my sons fish tank ( Grandma took him to the pet store to ‘look’ at the animals and when they came home they had a small friend. ) some rocks and plastic coral as well as a fake plant also meant for a fish tank. I added some plastic underwater animals such as fish and whales to the bin and it was ready to be filled up. 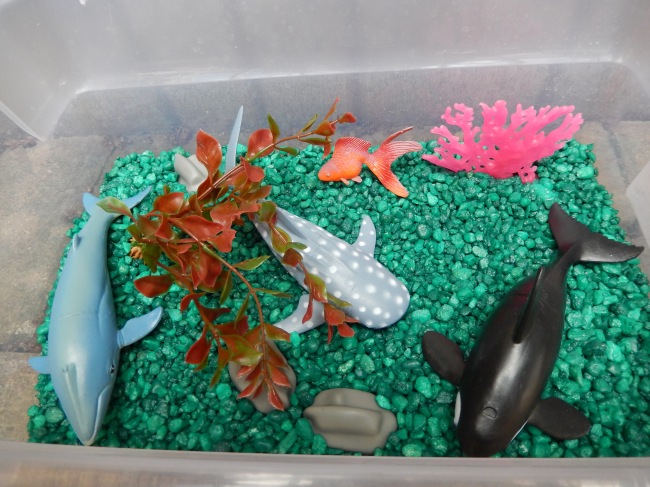 I filled it up with water from the garden hose and it was ready for little hands. 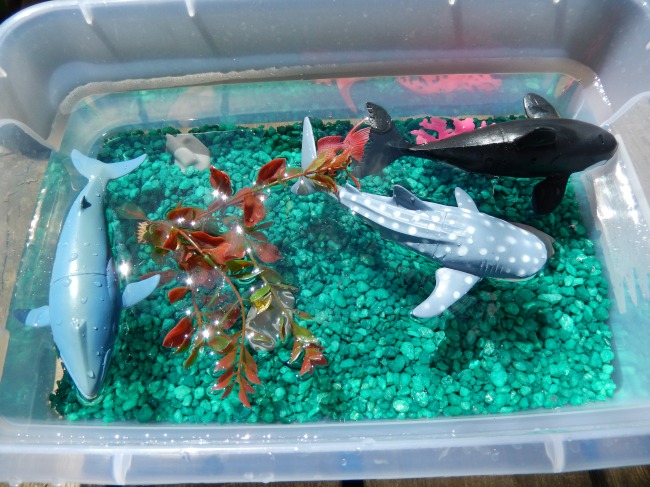 As he explored the new bin we chatted about the different animals in the bin and I named them as he held them up for inspection. He really liked the gravel, it was something new for him to dig through and feel and of course there were lots of splashes. I’ve been keeping this bin outside simply because the weather is nice enough for it and that way there is little mess to clean up once he wanders of to do something else.  That is all for today folks, thank you for joining us at Excite and Explore! 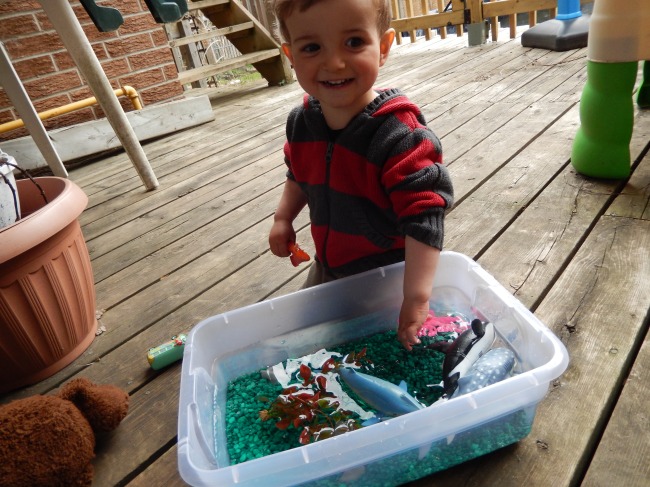 Welcome to Excite and Explore, a blog dedicated to raising a toddler, sharing our experiences and all the fun we have. We would love to hear what you guys have been up to!

What have we been doing lately?

What you may have missed.

What Fun We Have